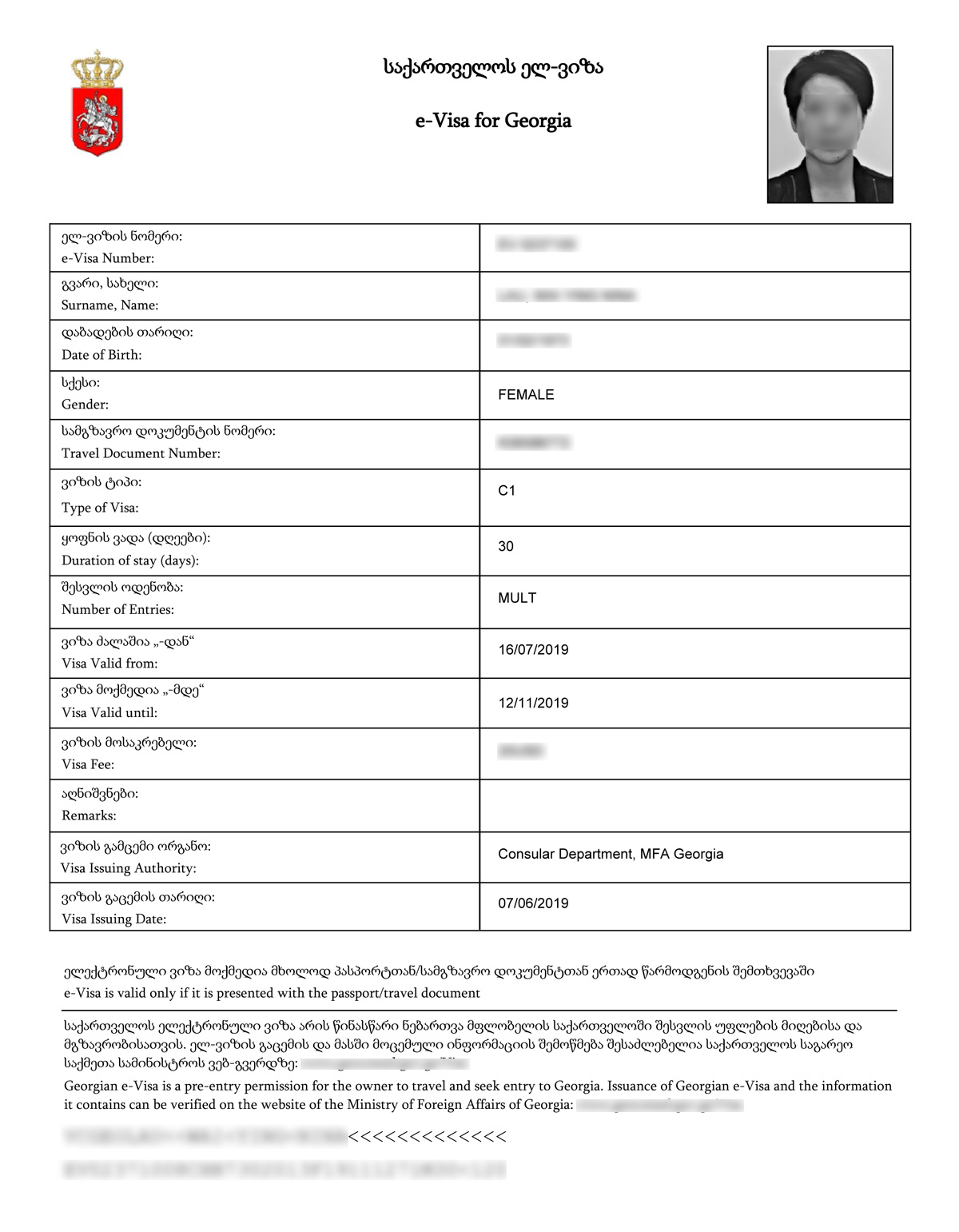 Apply for your georgia visa for Bolivians from angola with our expert assistance. Fast & secure process with express visa service.

Get complete details and information for processing (Visa Type) georgia tourist visa based on the purpose of your visit to georgia from angola for Bolivians national & Bolivians passport holders.

Read some of the Interesting Facts below.

The georgia visa in the form of an electronic authorization (EVisa) can be obtained by submitting your Bolivians passport copy online. We have simplified the georgia visa application form for Bolivians nationals travelling from angola.

Our average visa processing time for Bolivians nationals is less than 48 hours the quickest turnaround time in the industry!

What is a Diplomatic Georgia Visa?

As the name implies, this type of Georgia visa is provided to foreign diplomats visiting Georgia for diplomatic or official purposes. The principal visa holder's family members are also listed.

What is Special Georgia Visa?

What is an Immigration Georgia Visa?

This is the type of visa given to visitors who intend to stay in Georgia for an extended period of time, such as:
â†’ Georgia Work Visas are provided to foreign citizens who have found work in Georgia or who are joining a foreign company's Georgian office.
â†’ International students who have taken admission into a Georgian higher education institution are granted a Georgia Student Visa.
â†’ Foreign nationals who wish to join a family member who is a Georgian citizen or legal resident are granted a Georgia Family Visa.

What is an Ordinary Georgia Visa?

If you are visiting Georgia for tourism or other short-term purposes, you will require a Category C visa.

What are the Tourist Georgia Visa (Georgia C1 Visa) Requirements?

In addition to the regular set of documents given above, if you are travelling to Georgia for tourism (i.e. on a Georgia C1 Visa), you will need:
â†’ Accommodation proof is provided in the form of:
â†’ Reservation of a hotel
â†’ Rental contracts
â†’ If you're staying with a friend or family member, you'll need a notarized letter of invitation from the person who invited you. The Invitation Form may be downloaded at the Georgia Ministry of Foreign Affairs' website.

What are the Business Georgia Visa (Georgia C3 Visa) Requirements?

â†’ Notarized From the firm you will visit or do business with while in Georgia, a letter of invitation or an invitation form. The Invitation Form may be downloaded at the Georgia Ministry of Foreign Affairs' website.
â†’ If this is the case: Proof of sponsorship or proof that your company will cover your expenditures might be used to demonstrate sufficient financial resources.
â†’ A letter from your company verifying your employment and the fact that you are travelling for business.

What are the requirements for applying for a student Georgia Visa Online?

If you have been granted admission to a Georgia educational institution, you will additionally require the following when applying for a Georgia Student Visa:
â†’ Enrollment letter from a Georgia-approved educational institution
â†’ Proof of financial resources, including 6 months' worth of bank statements. You must submit proof of the awarded scholarship or sponsorship evidence. You must show proof that you have paid the tuition price.

How long does a Georgia visa last?

Is it possible to extend a Georgia visa?

You can only apply to extend a Special and Diplomatic Visa (A and B Categories), as well as a Georgia Student Visa (D3) or a Georgia Investor Visa, according to the Georgia Ministry of Foreign Affairs (D5).

What do I need to know about the Permits to Live in Georgia?

Foreigners who enter Georgia on an Immigration Visa must apply for a Residence Permit either the Georgia Ministry of Foreign Affairs or the Georgian Ministry of Justice's Public Service Hall. Georgian residency permits are normally provided for a year and can be renewed once a year.